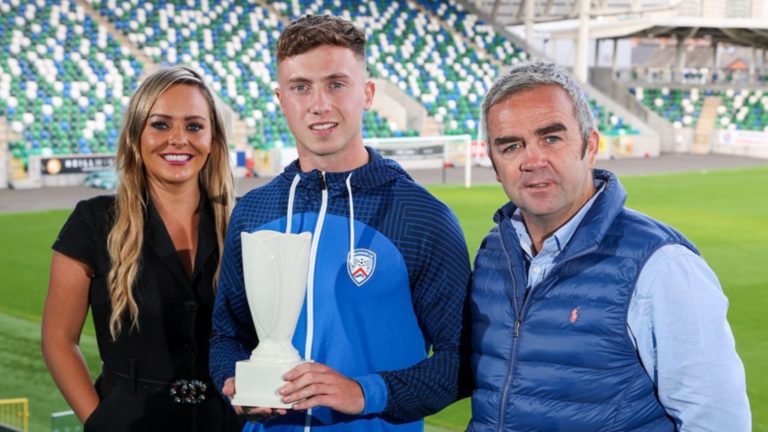 We are delighted to sponsor the Northern Ireland Football Writers Association player of the month. Coleraine Football Club striker Matthew Shevlin has been named Dream Spanish Homes Player of the Month for August. The 23-year-old scored six goals in the first month of the season, finding the net against Portadown, Carrick Rangers